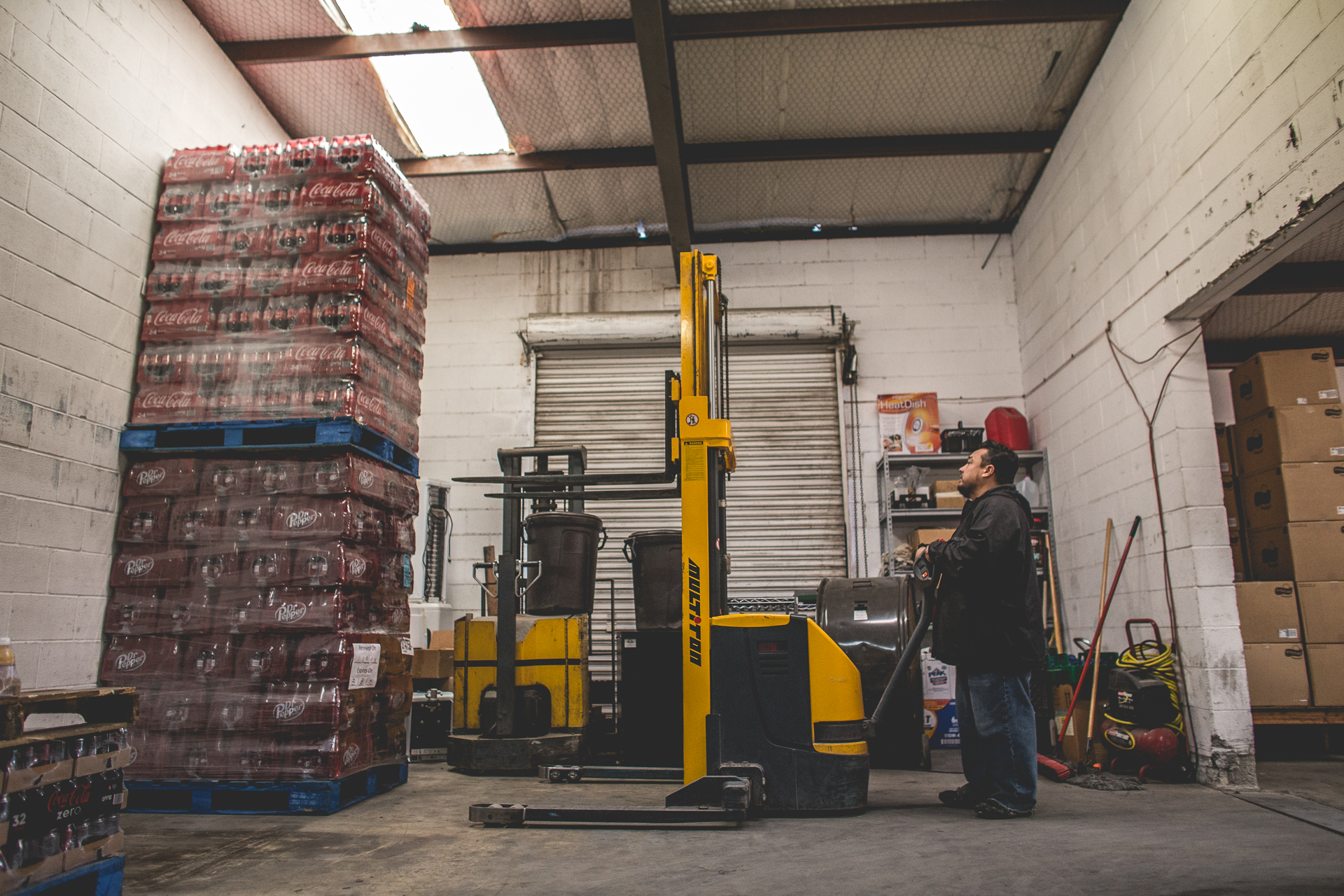 After this week, I discovered my limit as a human being and vending route driver. I also discovered that my wrists will probably never be the same again. In the next few blogs, I will discuss some of the things I have learned about the vending business and being a route driver and why my belief the Parlevel Systems VMS, which is crucial for the development of the vending industry, has been strengthened and solidified. The only casualties are both of my wrists and my right thumb, which was smashed twice in 24 hours. The following advice is useful for anyone seeking vending machine help.

Last week was the first week on my own without my friend, the owner of Chow Time Vending, to train me on the many intricacies of vending. If I ever needed vending machine help, he was the one I could turn to. He has done vending since he was a child, so teaching the business to someone new was a bit of a hassle. How do you teach someone something that is second nature to you? It was not until he left that I realized how much we did not cover, and I became concerned on how I would be able to keep him profitable without making rookie mistakes. I still sought vending machine help. What would normally take him a few hours would take me many more; for example, I would be stocking a soda can machine while he was doing the same. In about ¾ of the time it took me to stock the machine, he was already finished and working on snacks. A few minutes later, he would be done and ready to move on to the next machine while I was still figuring out how he did it so quickly. Luckily, any vending machine help I needed, he was ready to answer.

“Muscle memory,” he said. “When you do it long enough, you just develop your own system and follow through.” A standard I could not reach in two weeks, for sure. It seems I would need to consult something for vending machine help for the foreseeable future.

For him, everything he did in terms of working with his machines, he has done countless times in the past. It never took any thought because the thinking had already been done years ago. For me, however, everything I did was new and required effort and much thought, even down to driving the truck. I drive a small Japanese car, and controlling that behemoth, comparatively speaking, was like trying to put reins on a dinosaur in order to mount it and ride it like a horse.

I managed, thankfully, and did the best I could to get to the machines at a decent enough time before the locations closed for the day. The first day went smoothly, but it was not until the second and third day that things began to go downhill. The worst day of it all was when I had to go far out of town to service a group of machines. The amount of vending machine help I still needed was staggering.

It was a hot summer day in south Texas, as it normally is, and my wife chose to accompany me on my vending route to a city about an hour away from where we were. An experienced route driver would have roughly 18 to 22 machines to service on his or her daily route. For me, my friend gave me 13 machines. A big part of the reason why the number is so low is because the commute to get to those locations was so long. As soon as we finished loading the truck full of bottles and snacks, we were off.

Little did I know, the vending machine help I needed would not subside. Fifteen hours later, we arrive back into town, completely exhausted and disappointed in ourselves. We could not reach one major location, the golden egg of that route, because the business closed at 5:00 pm, and we still had a few more machines to go at 4:00 pm, too soon before our deadline to accomplish it. I was told by my friend that it was all right, for me to just go back the next week.

For the rest of the route, we encountered situations in which having a Parlevel system installed in the machines would have notified us that there was no reason to visit the machine or that the machine was not working. In one machine, for example, it was almost full, as in not much product was purchased from it during the time we had not serviced it. Another location, which was our last stop on the route, did not need to be visited because the machine had broken down. The other locations that needed to be serviced were neglected because there was not enough time in the day for us to reach all of those locations and service them in timely manner. When we arrived at 10:00 pm to the warehouse, my wife and I wanted nothing more than to go home and sleep. The worst part about it was that I would have to wake up early the next morning and do it all over again.

There was something that my friend told me when I talked to him about the experience on that day: “Route driving is not for the faint of heart.” This was a major lesson I learned on that particular day. Route drivers do not nearly get enough respect for what they do, and the vending operators that do their own routes even have more to be concerned about, and for that, they deserve even more respect. While he was a wonderful resource for vending machine help, I realized that the “muscle memory” he described could be easily accelerated. Vending machine help could be found in the form of technology. More specifically, Parlevel Systems VMS could have been my constant companion for vending machine help, and I had zero chance of getting on its nerves.

During my time at Parlevel Systems, I want to make sure that our software and hardware works well to maximize profit and make the vending business better for everyone involved in vending. I want to make sure everyone has something to turn to for vending machine help. Sure, one could potentially service more machines using our technology in the time allotted for vending route drivers, but the true joy that will come from it will be from the newfound efficiency and smoothness of the vending route experience.

There are other lessons I have learned during my time with vending and route driving, but I will share more in future blogs. For now, stay tuned with the Parlevel Systems Vending Resources to stay up to date on my adventure in vending and how Parlevel Systems will benefit vendors in their businesses.