A Flower Vending Machine? The Many Profitable Opportunities in Non-Traditional Vending 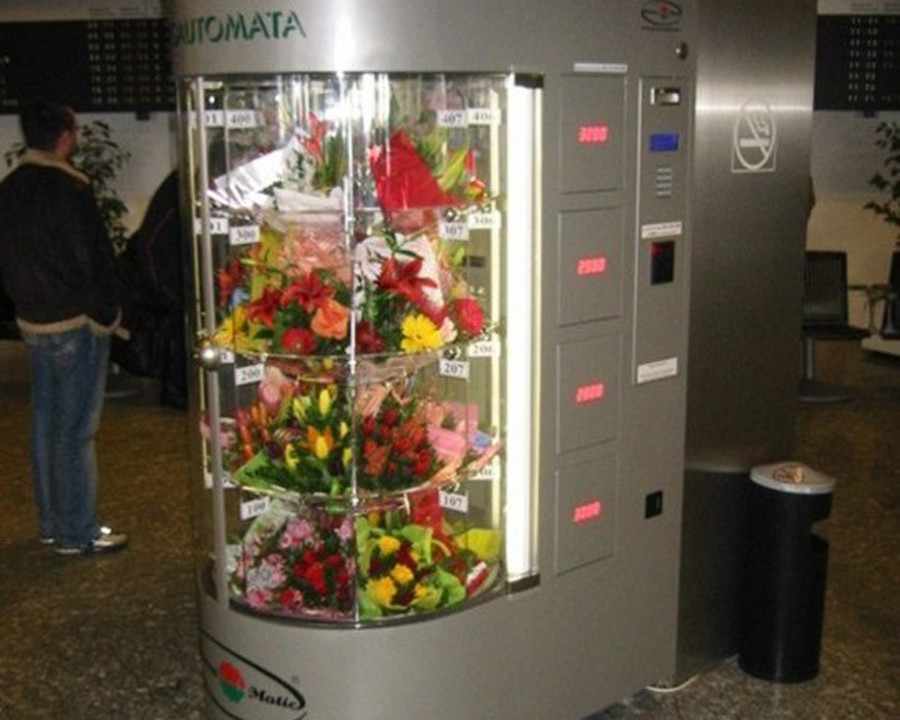 01 Oct A Flower Vending Machine? The Many Profitable Opportunities in Non-Traditional Vending

In a recent article by Emily Refermat of Vending Market Watch, she talks about non-traditional vending as a potential side business or a new business model for vendors. However, the response she has received from people in the vending industry was mostly negative towards the idea of reconfiguring vending machines and selling things that are not snacks or drinks such as a flower vending machine. We, however, believe there is potential in this type of vending business.

There are vendors out there who have made a successful business through non-traditional vending. Fastenal, for example, has installed more than 8,400 new machines in the first six months of 2013. Output Night Club in a partnership with The Monocle Order have found success with vending machines that dispense sunglasses at night clubs on New York roofs. 24 Hour Florist utilizes a flower vending machine from local flower shops for people who cannot reach the brick and mortar shops. Even companies like MedBox, which safely vends prescription medication, have found success, finding a solution to a problem like having too many employees people deal with sensitive drugs.

The Key to Success? Find Your Customer

To make non-traditional vending work, there has to be a need that can be fulfilled from a vending machine. Discovering that need takes some creative thinking and looking for things people sometimes forget they need or want to do. For example, a flower vending machine could be put in an airport to appeal to constant travelers who could use a quick gift for a significant other. A flower shop could even put a flower vending machine outside after hours in order to sell their product 24/7. Another company, Green Aid, developed a kind of bulk flower vending machine that sells “seedbombs,” a combination of clay, compost, and seeds. What people can do with these seedbombs is throw them in areas where there is “too much grey,” like in sidewalk cracks, empty lots, or other derelict urban sites. The idea is to transform ugly areas into areas worth caring for and looking at. This fulfills a need that most people would not think about, caring for the environment in which they live. There are flower vending machines all over the US and Europe, and the seedbombs have been thrown all over the world. There are many other ideas people can come up with in order to make non-traditional vending work for them and their community.

Non-traditional vending can work even for vendors who have done traditional vending for most of their career. I spoke with my friend from Chow Time Vending, and he told me about how he leveraged the account location to increase his sales by providing a need for his customers. He had a great account at a local college, but the school had asked him if he wanted to vend laundry supplies for the students. He was able to find a supplier, got the laundry supplies for cheap, and sold them at a great profit without needing to give commission to the school. This not only improved the relationship he had with the school, but it made him a lot of money in the process.

Non-traditional vending can work; the opportunities just need to be identified and taken. Whether it be a flower vending machine that aims to brighten up the world or a gold vending machine to appeal to investors, finding an untapped niche can be very profitable. It may not work for every vendor, but for those entrepreneurial vendors who want to continue making money, solidify relationships with accounts, and try something different, non-traditional vending is the way to go.

Have you ever thought about non-traditional vending? Let us know in the comments and share your story!