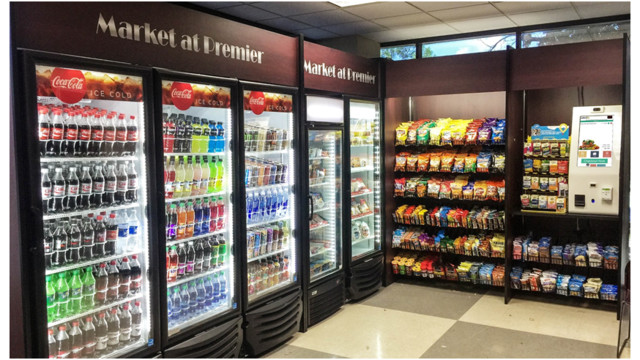 Chad Looney, President of Louisiana Tom’s, an operation with over 900 machines servicing the Louisiana & southern Arkansas area, decided to enter the expanding micro market segment to stay competitive in his region. After examining an array of micro market providers, Louisiana Tom’s decided on Parlevel’s solution.

“Our goal is to help operators make the most profitable decisions about their micro markets,” said Alan Munson, chief commercial officer at Parlevel Systems. “The only way to get the most out of a micro market is by examining the micro market alongside vending, coffee delivery, and other business lines. Parlevel lets operators dynamically route, prekit, and manage warehouse inventory for all of their business lines in one system, which ensures they can cut costs, boost sales, and serve better across their entire operation.”

Based on this rapid success, Lousiana Tom’s plans to make micro markets a significant part of their business in the future. “I initially resisted micro markets because I thought they would be a fad, but it’s obvious that they are here to stay,” said Chad. “The profit margins are so much better than vending, so is clear that micro markets need to be a bigger part of our business moving forward.”

Parlevel’s micro market solution is the only system backed by a comprehensive, first party VMS. Powered by Parlevel’s robust management system, operators can access in-depth analytics, remotely change prices, and view inventory levels at the click of a button.